If you are looking for your next horror book to read, let me humbly suggest my books.

For those of you who are into creepy fairy tale retellings, try The Gretel Series.

When it sets its sights on an unsuspecting mother one routine morning along an isolated stretch of highway, a quiet farming family is suddenly thrust into a world of unspeakable terror, and a young Gretel must learn to be a hero.

Full of twists and turns, Gretel will have you on the edge of your seat. If you like books by Stephen King you will love Gretel.

If you can’t get enough of post-apocalyptic horror thrillers, try the They Came with the Snow Series.

Find out in this short fast-paced post-apocalyptic survival horror thriller that will leave you wanting more.

The complete They Came with the Snow series includes:

And if sea monsters are more your thing, try The Sighting Series.

From the ocean, it rose.Every fourteen months it appears on a secluded beach in a small town just before dawn.

One morning during his daily run to the beach, Danny Lynch witnesses the strangest and most incredible thing he’s ever seen.

A dark, man-like figure emerges from the ocean, stands for just a few moments on the beach, and then retreats back to the surf.

Danny’s perspective on the world changes in an instant, and as the only eyewitness to this event, his mission now is to convince anyone who will listen that what he saw was real.

But with only a vague photo and a dubious story, that task is proving almost impossible, and his only hope may be in finding a mysterious woman who was at the beach earlier that morning, and who may hold the terrifying secret that could cost Danny his life.

What did Danny see? And why is he in danger?

Find out in this creepy and terrifying horror psychological thriller with a twisted ending that will shock you. Don’t miss The Sighting. Start reading it today. 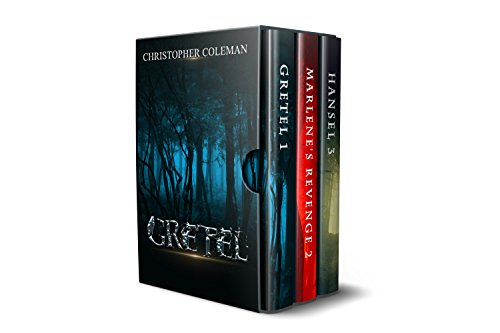